By Adam Corkett February 02, 2014
From a business perspective it is very easy to explain why Google Plus is a great platform, an important element in on-line marketing strategies and search engine optimisation, particularly whilst Google's market share for search traffic stands around the 90% mark (StatCounter, Jan 2014) in the UK. Many are confused by the platform currently, and this is due to the precedents set by Facebook and Twitter for example, it isn't simply a page with lots of features and it doesn't really matter from a business perspective that only 300 Million Active Users visit a month (Barr, Oct 2013)
In addition, from a professional perspective it is an easy argument too; the articles and conversations are essentially focussed around more professional issues, therefore the content is largely relevant to a professional audience irrespective of discipline or industry.
From a personal perspective, it is less-apparent to most, why the platform is valid or of interest. To counter though, there are lots of different features that are particularly exciting from a consumer's perspective and the browser based apps such as Image Editing is one of those.
Google have been for some time encouraging its Android users to upload their photos to private areas, these can then be made public either on an individual or album level; privacy whilst a contentious issue across most social platforms these days, particularly Google, is essentially at the forefront of every feature on the platform - it is prominent, which is more than can be said of some rival offers. Take for instance that with every post you make using G+, you have to specify the audience and whilst this might be true for Facebook also for example, the prominence given to this from a UI perspective is less than the former. With both platforms it is highly recommended to leave location services or GPS off when taking photographs, but that is a separate discussion really. 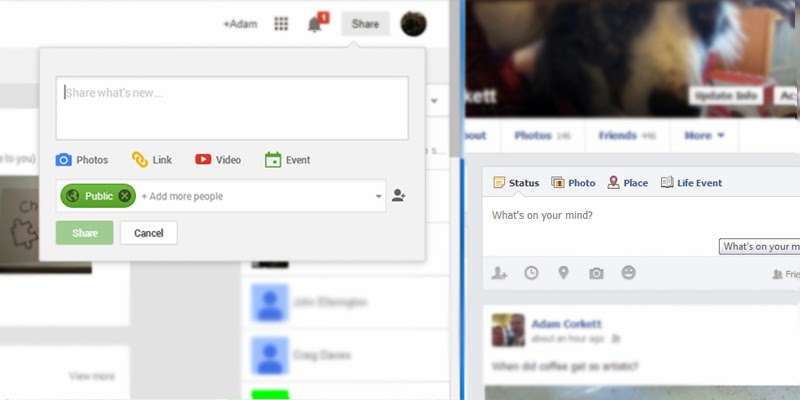 Since about late 2013 those user's who chose to allow their photos to be automatically uploaded will have started to notice a notification when photos are uploaded, but the new notifications are telling them to check out their Auto-Awesome'd images; these range from basic adjustments, through simple collages to more amusing animated GIF files, even adding snow to images during December for that extra Christmassy feel. Upon further inspection by accessing the photos either on a desktop through their G+ profiles or even in the App itself, a range of filters, frames and effects have been made available, allowing user's to create some very impressive modifications to their images. The effects are themselves all customisable using slider interfaces and can be layered over to create increasingly complicated effects, what's more is this is more than just the usual balance, contrast and funny borders you might find - complicated blur and lighting effects can be customised to virtually the nth degree. This is all very impressive, and it is like having a lightweight version of Lightroom available for your jpg's; the most impressive part though is that the modifications even when saved are part of a non-destructive process, the originals integrity is maintained so you can revisit and rework at any time, you can even compare the original to the edited version at any time by simply clicking a button. 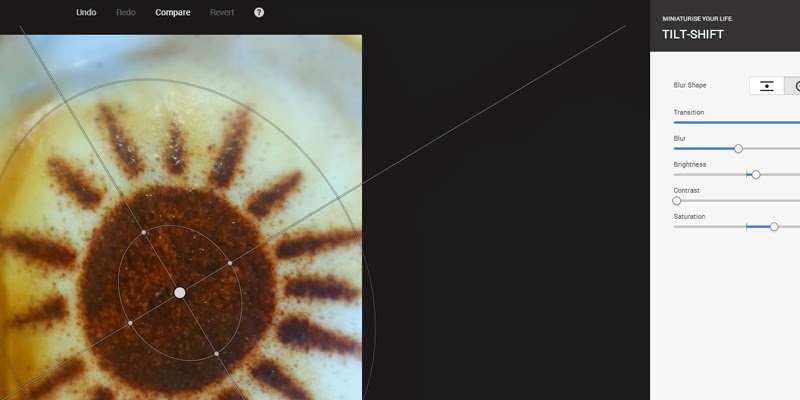 Popular posts from this blog

By Adam Corkett September 23, 2013
Over the past couple of weeks I have noticed something very strange happening with photographs being synced from my phone to my G+ account; I would login on a computer and then see strange animated versions of burst shots right through to panoramas, the feature apparently, is known as auto-awesome. I was instantly impressed, the standard of the photos produced automatically without any kind of deliberate action was good, but when I realised that Google had added an edit button to the gallery, then I saw the potential and another dimension to G+ that surely cannot be ignored. I would suspect that this is an attempt to pitch G+ right up against Instagram now, and with the additional bells and whistles it is definitely a contender in that court, as before against Facebook and Twitter alike. Google don't do things by halves, G+ is maturing into some kind of super hero social network; they have the resources, you can't fault them for using them to stay ahead. The thing is, ha
Post a comment
Read more

By Adam Corkett September 22, 2013
Sometimes you find yourself questioning the direction technology takes, including such conundrums as; why has it taken so long for fibre-optic to take off when we have known of its benefits for decades? why has it taken so long to converge tv, radio and internet into one product? Why did it take so long for SVG to be popularised? And for me most recently, why didn't APNG take off; it seems almost illogical. APNG is a format for animated PNG sequences, a format itself which is widely used and arguably the best for internet usage, certainly the most versatile. APNG has all of the characteristics of PNG including complicated alpha transparencies and a 24bit colour palette; it just seems to defy all logic that the format didn't become supported and part of the W3C strategy for HTML 5. Animation with APNG is just better when compared to GIF, and if browsers supported the format there would have been little need for plug-ins for simple short animated sequences. It isn't interac
Post a comment
Read more